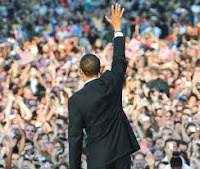 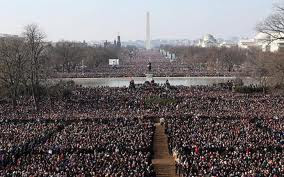 As the election nears, Black middle class and White Liberals continue to proffer excuse for President Obama’s abandonment of his mandate for change and his support of the American financial and corporate Empire and Military Industrial Complex.

The major excuse is that "unprecedented congressional obstruction" has greatly limited his power far more than any other President, and the reason for this obstruction is due to his race and because he’s a progressive.

This is propaganda and political subterfuge by President Obama’s by Alexrodian spin doctors.

I don't admire Ronald Reagan like President Obama does, but I do agree with him that Ronald Reagan was one of America’s greatest transformative presidents. When Reagan assumed the presidency, with an eye on history, he immediately incorporated the right wing political and Christian religious movement into his government as a potent political force that swept congress and changed America

President Obama was in position to do the same with the movement that swept him into office. And this movement, though fledgling was a more potent force than Reagan's. And, President Obama’s movement was both national, and after eight years of Bush’s disastrous international policy, global. With these potent forces, President Obama could have realigned America to be a truly great nation based upon our collective experience of oppression, subjugation, and struggle.

But, instead of incorporating this movement into his young administration, President Obama immediately shut them out and brought in the bureaucratic cabal behind Bush’s corporate bailouts, the outsourcing of American jobs overseas, and other policies of extending benefits and protection of the American plutocratic class at the expense of every one else, and further empowering the military industrial complex.

Finally, what was also behind the Reagan Revolution wasn’t a mandate for change, but after the malaise of Jimmy Carter compiled with mass anxiety of Russia gaining nuclear superiority, white America wanted the fatherly version of John Wayne and the Marlbro Man.


During the campaign of Barack Obama, because of the financial crimes of Corporate America and the plutocratic class, and George Bush’s war in Iraq, the average American finally matured somewhat, and for the first time raised their heads from the sand and questioned if something was desperately wrong in America. Obama crystalized this message and formed a verbal contract with America to be a change agent, yet once in Office President Obama reneged on this contact and turned his back on a progressive movement that could have become deeper and more powerful than the Tea Party Movement and could have changed the world.

Posted by Invisible Man at 2:53 PM No comments: 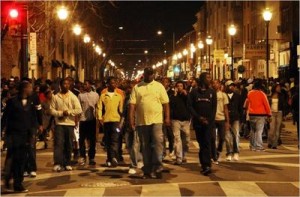 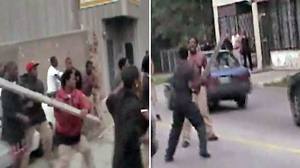 What happens to a dream deferred?
Does it dry up
like a raisin in the sun?
Or fester like a sore--
And then run?
Does it stink like rotten meat?
Or crust and sugar over--
like a syrupy sweet?
Maybe it just sags
like a heavy load.
Or does it explode?

So last weekend, again I was ensconced in Chicago’s  well fortified Hyde Park. But it wasn’t far enough to hide from the weekend crime tsunami.  Forty Blacks and Browns shot and six killed in a two day period, including 16 year old Joseph Briggs.  During the first wave of the tsunami two weeks ago, Briggs escaped one attempt on his life with a bullet to the shoulder. Well, last Saturday as I enjoyed a bomb fire at a University of Chicago graduation ceremony, blocks away the killers tracked Briggs to his grandmother’s doorstep and finished the job.

We all know “Black on Black” violence is older than a pair of original Air Jordans and with our transformed American economy, this violence is increasingly and ridiculously lucrative, after all some one has to build and supply all those prisons. But what’s new is that desperately poor Black youths are no longer just wrecking havoc with flash violent episodes of public wilding in the "safe confides of the "hood", similar to what claimed the life of 16 year old honor student Derrion Albert who was stomped and beaten with a railroad plank by other youths outside of his High School,  but are now taking public transportation to white areas where the money is.

Last Saturday gangs of inner city youth attacked people, including tourists, outside of the Chicago Jazz Fest.  And Sunday night a group of youth savagely beat and robbed a man on Chicago’s Gold Coast. The good news is that one eighteen year old was arrested. The bad news is that seventeen of the youths remain on the streets with valid CTA fair cards and the public school aren’t even out for the summer.

I predict this summer is gonna be the summer of years and years of Black Dreams Deferred finally exploding.


Posted by Invisible Man at 7:53 PM No comments: 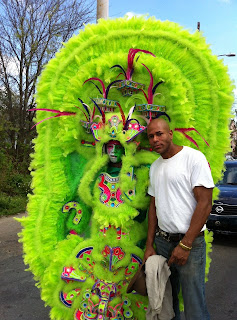 I use Facebook to keep up to date on the public performances of my friends who are artists. But mostly its my medium to keep up to date with the material that my progressive friends are reading and share the articles that I’m reading as well. Because this sharing leads, often times, to intense written communications posted on facebook, I closely limit whom I accept as friends. There are some that I wish I had never befriended, but most are people that I benefit from this communications although some personal posts I wish they would keep to themselves.

I also learn a lot from my liberal white friends, mostly about how liberalism is a failed state of politics. For instance I’m always amazed and disappointed at the amount of time they spend ranting to each other about what the Republicans are doing, while never holding their own accountable for their lack of activism. They also never hold the Democratic Party accountable for failing to mobilize their base except for voting and fundraising.

For instance, the big topic of vitriol this week is the increase of grass roots donations for the defense fund of George Zimmerman, the killer of Trayvon Martin, after a judge sent him back to jail for lying about his finances.  Meanwhile the donations for the three Occupy Wall Street protestors locked up in Cook County jail continue to lag. In many ways I respect the those that are rallying around George Zimmerman more than I do my liberal friends who are not willing to put their beliefs to practice. This is the same with the Tea Party, while their views are odious as are those who support Zimmerman, if my liberal friends spent as much time organizing as the Tea Party does and less time complaining about the Tea Party, then Barack Obama and the Democratic Party would be a lot more progressive and dynamic as opposed to a raisin under the hot sun of American Right Wing Politics.

Posted by Invisible Man at 7:48 PM No comments: 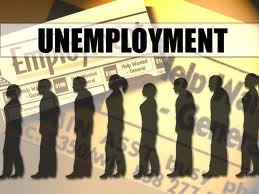 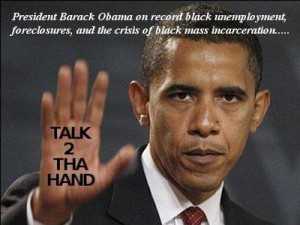 I’m on on the south side of Chicago in Hyde Park, in President Obama’s neighborhood.  Hype Park isn’t the urban jungle of poor and violent Black people that white people picture when they think of the southside. But Hyde Park is in the middle of it, anchored and isolated by the seemingly infinitely wealthy and mostly white University of Chicago with its own well equipped police force, in addition to the Chicago Police department, that protects its students and faculty on this island of privilege.

And President Obama is home today raising millions for his campaign war chest.

I’m writing this entry from an old red brick mansion used to create the atomic bomb, later home to the Bulletin of The Atomic Scientists. Today, after years of disuse, its final incarnation is a series of U of C graduate students' art studios. Outside is a community garden with raised beds due to the soils 440 ppm lead count. 400ppm would be normal. The students call it Doomsday, which is in keeping with today’s unemployment numbers.

Earlier, while ordering a sandwich in a Hyde Park deli, a Black mother read the headline of today’s Chicago Sun Times newspaper, entitled “President Obama’s Job Problem.” She remarked to her husband that, “No president had to deal with as much as he has.” Continuing the myth that the titanic called the American economy is everybody’s fault but President Obama’s. President Obama didn’t create this mess, but by entrusting U.S. economic policy to the very same silk stocking bankers who destroyed our economy, he has held the course while being a good steward of the American Empire, just like George W. Bush.  President Obama has turned his back on the legacy of Franklin Delano Roosevelt and Lyndon Baines Johnson, who lifted the United States out of very dark times by first admitting that we were in a crisis and then charting a drastic course of change.

The Southside of Chicago is 95 percent Black and the University of Chicago is expanding: encroaching further into West Garfield Park and building multimillion dollar buildings where Black homes used to be. Yet, I have not seen one Black construction worker, and Black unemployment is around 60 percent in West Garfield Park. The poverty rate of Black children is 38 percent, but this President avoids the word poverty like the plague, as opposed to rallying the country around the crises of poverty and unemployment.  For the month of May, only 69,000 jobs were created and the March and April numbers then heralded by President Obama were over-inflated by 49,000 jobs, meaning a net increase of a measly 20,000 jobs, which doesn’t come close to matching the population growth.   And the jobs that were created are service sector jobs or “Macjobs” suitable for high school students, but nonetheless snatched up by displaced adult workers.

Meanwhile under the Obama watch, not only are many states imposing crippling restrictions on the recently jobless applying for unemployment but, by the end of June, Emergency Unemployment benefits will permanently terminate in twenty-four states, and by the end of August in another thirty-five states.  This will dump another 500, 000 Americans off unemployment  and out of the employment radar screen. And because even liberal news outlets refuse to speak to the thousands of people who’ve given up looking for work and are no longer counted in the unemployment numbers because their benefits have ended, I would not be surprised if the Obama administration starts proudly proclaiming that the unemployment fell by 500,000 to boost his chances of wining the election.

I still maintain that President Obama has done more for the corporate banking institutions and the war profiteers than he’s done for the poor and working class, and in this equation I think he’s done less for Black people over all.  And because he’s Black, we have allowed him to get away with policies and a lack of action that would have stirred outrage if he were white.
Posted by Invisible Man at 9:25 PM No comments: