Something Wicked This Way Comes, from The White House 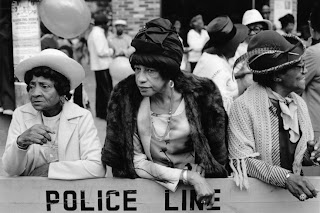 For over forty years, Chicago has been the political plantation of the Daley Family where corruption, racism, and segregation has reigned unchecked.  Last year, Richard M. Daley retired after twenty plus years and Rahm Emmanuel is now Mayor.  It was far more of a selection than election because Emmanuel was an original fundraiser and close political advisor to Daley.  Daley also sent him Congress before he became Chief of Staff to President Obama.  President Obama, breaking precedent where sitting presidents avoid involvement in local elections, especially in their own parties primaries, actively promoted Emmanuel for Mayor in the Democratic Primary.  Finally Emmanuel's brother Ari Emmanuel, a wealthy CEO of a Hollywood entertainment, media, and talent agency, poured in an ocean of cash from Hollywood stars such as Steven Spielberg to match the millions from Chevron, Walgreens, Fox and Steve Jobs

As Mayor, Rahm Emmanuel has not only furthered Daley's policy of ethnic cleansing of poor and middle class Blacks and Hispanics out of Chicago, but intensified class stratification by contracts from the mass privatization schemes, such as the public schools, at the expense of poor children and teachers.

Two weeks ago, the plantation came under siege. Tens of thousands of protesters from Illinois and through out the United States, took to the streets in solidarity with The Occupy Wall Street Movement in protest of The North American Treaty Organization ( NATO), and the further enrichment of the plutocratic class at the expense of the rest of America.

Beforehand, Chicagoans were warned that anarchist, who called themselves the "Black Bloc" would use peaceful protest as subterfuge to destroy property and wreck havoc similar to the violent actions in London and Seattle.  But any politically astute Chicagoan knew that Chicago Police, skilled in the art of brute violence and thuggery, wouldn’t allow some out-of-town white kids to make them look weak.  But the mayor did use the pretense of anarchist violence to purchase, from federal funds awarded from the White House, millions of dollars of military grade weapons and a few helicopters from some favorite military vendors.

But the protests were a mass success, besides some bumbled framing of protesters by Chicago Police informants abetted by a local prosecutorial system already infamous for framing and protecting police torture.  The protesters over all handled themselves in the spirit of Martin Luther King.  More importantly, these protests connected with earlier protests earlier this spring, against the privatizing of public schools, mortgage foreclosures, and the closing of community clinics, seemed to signify a new awaking of a Chicago citizenry, who more than any other big city has grown complacent and comfortable under a political empire.But the man marketed to bring us change, President Obama has just signed a bill, passed with over whelming support in both houses of Congress that undermines not just this movement in Chicago, but democracy itself.

House Bill 347, innocuously named, as if not to raise alarm, the "Federal Restricted Buildings and Grounds Improvement Act", transforms the Secret Service into a modern version of the East German Stasi, that during the cold war was one of the most ruthlessly repressive security organizations. Actually this bill could have come from the Vladimir Putin play book of criminalizing political  protests.

Now, today in America, any citizen who stages a protests against a President in his/her vicinity, faces
a mandatory ten year imprisonment under federal law for “disorderly” or “disruptive" conduct as defined by the secret service.

Further The President  doesn't even have to be in the vicinity to trigger an arrest by the secret service. Public events with no connection to government business now fall under this act as “National Special Security Events".

Equally disturbing, President Obama can now assign the secret service to protect any elected official or citizen.  Can you picture President Obama assigning secrete service, paid for by us tax payers, to protect bank presidents like CitiBank’s Jamie Dimon, then arresting protesters who get near him?

The Federal Restricted Buildings and Grounds Improvement Act and its quick and overwhelming  bipartisan support reminds me of the line in Shakespear's Macbeth, “By the prickling of my thumbs, something wicked this way comes"

And it seems that more wickedness is to come.

Posted by Invisible Man at 3:03 PM No comments:

Some of Her Best Friends Are White 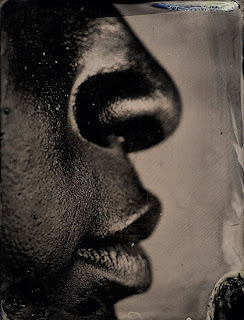 I'm back or am I? Metamorphosed from a Spook into something else. Same intensity, but quieter now, because things are less safe, in this world.


Myra Greene is a local artists ( I have posted some of her work) who like numerous Black people have leaped into a world of whiteness.  In her case a conscious choice that she says is based upon her profession and her travels.


This is strange because when I travel I always seek out those who "look" like me and although this is more difficult in a work environment, I would think it would be easier for a Black artist to find more, "people of color" to connect with.


I suspect that Ms. Greene is in fact more comfortable around white people due to her historical lot in life. But this is speculation, well sort of, as her latest work is entitled "My White Friends"which is a series of portraits of 50 of her White friends, which certainly is a lot of white friends.  But this makes me appreciate her even more because unlike so many Black folk who are more comfortable in White worlds, she doesn't pretend not to notice, which drives me insane when Black people pretend other wise.


Indeed, there are few "safe" spaces and times were Black people do not have to remember who they are, because often their legal freedom and even their very life depends upon this recognition. Trayvon Martin is a case and point, and lets go a little deeper with arbitrary barriers.  On July 27, 1919 a week long race riot was started in Chicago after an Black teenager was drowned in Lake Michigan after being stoned when he floated across an "established" barrier in the water separating the white beach from the black beach. The riot ended after being suppressed by the national guard, leaving 23 Blacks and 15 Whites dead with more than 500 were injured and the homes of 1,000 black families torched.


So I do have a few white friends who I consider more associates, but I notice that when I go to their parties I am the only Black person there and I do consider this a reflection of who they really are past their liberal veneers.