Last night/morning, I had a dream that I was watching an artistic performance piece. A young Chinese women, mending from an operation and dressed in a completely red body suit, stood before a card board refrigerator box with black windows drawn on it- with magic marker- to appear like a large high rise building.  She began walking around the box screaming "Pay me my Mother fucking Money American, Pay Me What You Owe!" in a thick exaggerated Asian accent. Finally, after getting no response she set the box on fire while another figure dressed in a black shroud played "America The Beautiful" on a violin.

Today two items sum up the fall of the American Empire and it's "rejuvenation" into a third world nation tourists attraction.

One, finally American"officials" not including in the radical and progressive class are telling the truth ( although self serving) about what's really going on with the failed economic recovery, that cannot produce real and sustainable job growth.

Former Assistance Treasury Secretary( under Ronald Reagan) Paul Craig Roberts, wrote that President Obama's May job numbers -touted by white liberal media sources as an improvement-  are in fact nothing more than  a few low wage domestic service jobs of a third world country.  Jobs such as retail, healthcare gambling, hotel maids, summer seasonal help, servers and bartenders dominate, and have become "competitive" given the high number of college grads with no access to the former jobs that once made America powerful, which have now moved overseas.  While Robert mentions nothing of the fact that Ronald Reagan began this dismantling of the American Industrial Empire, he does point out that our economic profile is that of "India 40 years ago"
In a final twists of irony President Obama continues to call Ronald Reagan his favorite president.


Finally the disparity between America's rich and poor has grown to the extent that U.S. inequality in the
International Labour Organization "2013 World of Work Report" couldn’t be graphed against the formula with the other 25 developed countries. Further while the levels of inequalities are either stabilizing or falling off for most developing countries, except for South American and a few Latin American countries, America continues to grow. 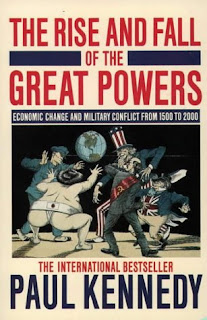 Posted by Invisible Man at 1:17 PM No comments: