Are Black Chicagoans Finally Waking Up? 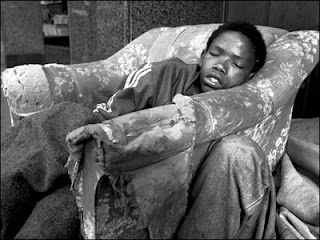 In the most segregated city in America, there are two Chicago's
one white, one Black. The white one works really well because the Black one doesn’t

I wrote about this summer’s pandemic of violence that systematically removed young Black males from this earth. Part of this crisis has to do with Black unemployment being double that of the white community, triple when you consider how many Black males have given up the search for work.

The fact that Black people are denied access to construction jobs isn’t a new Chicago story, but the fact that it continues to be an issue should be. For the last three months, city workers have been doing major work on the streets in front and around my house. The construction crews are all white except for a few Hispanics. I have yet to see one Black person.

Last week, 86 year old WWII War vet Ed Gardner, also the retired founder of Soft Sheen Hair Care Products, was driving three blocks from his home in the heart of the Black southside, when he passed a construction site and saw no Blacks employed. Mr. Gardner got out of his car and stood in the middle of the site bringing all work to a stop.

"They allow us to sell drugs and kill one another for the promise of drugs, yet they won't employ us in the black community," he said.

The next day Gardner led followers to construction sites for Menard's and Meijer stores, again in the hood, and again not one Black person was employed. Demonstrators also pointed to the lack of Blacks on construction crews repairing the 95th Street CTA El. When asked to comment, Mayor Rahm Emanuel, stated Chicago has increased minority contracts and pointed to the fact that the prime contractor for the 95th Street project( remember all Black community)  is Asian.

So today, Ed Gardner lead 3000 marchers to 95th and Western, to yet another major construction site with no Blacks working. This protest barely got mainstream coverage, but a much smaller protest downtown about puppy mills was covered on ABC News. I guess we know our place in Chicago’s hierarchy.

But could it be the Chicago Teacher's Union Strike has started to wake Black folks up?

Posted by Invisible Man at 11:27 PM No comments:

Where is the Love? It's "Just Above My Head" 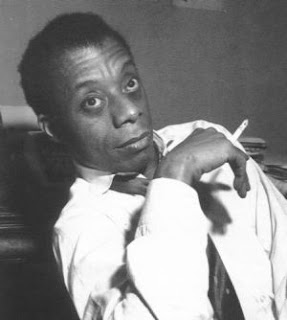 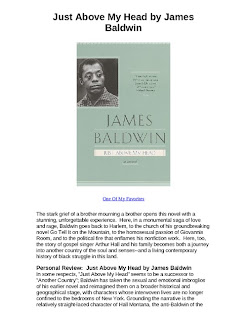 I "discovered" James when I was young, far from home, and trapped between those hard places.  That summer, I read all of his books, except this one, and Giovanni's Room. I Then  passed them along to a homeless New York friend sleeping on the couch of my shared rented house, that I could barely afford, and didn't want to even be there because of my really southern and much older roommates.

Years later, my friend, now a successful Hollywood actor, claimed, I saved his life. Upon receiving this shocking news, I told him that I was merely the conduit between James, the true savior,  and he.  I confessed that I was so caught up  in my own sufferings, I didn’t even know how much he was hurting.

James kept me moored,  it would have been so easy for me just to let go and drift away, but James turned the lights on so I could see the monsters.  For James had the ability to "name", what Samuel Beckett labeled “the mess”,  which he said was the responsibility of a true artists to make visible and grapple with.  Dr. Cornel West calls it the “funk” for Black people which incorporates the existential crisis of the human condition described by Chekov's work, with the white terror of two hundred years of chattel slavery and another hundred of Jim Crowism, that's produced this hybrid polyglot of “mess” and "funk" regurgitated up from the plutocratic and white supremacist American dungeon, as a demonic cyclone moving back and forth, back and forth, through Black America or like Edgar Allen Poe's pendulum, slowly cutting through the American Black body
chained in the bottom of the pit.

James Baldwin was no ghosts buster. But his ability to expose the funk, at least gave one a fighting chance.  I always kept James Baldwin close through the years, and it was because of him that not only did I begin to heal, but became less dangerous to my community, by finally getting off the fence and firmly rejected homophobia, specifically in the Black community were it’s most destructive. Now that I've matured a spell, I understand that Baldwin's work was equally about spreading Black love, after the "naming" and "exposure" of the "mess" and the "funk", so that one can not just heal
but began to develop love as a weapon to heal the Black community.

I’m not going to get deep into this book. I’ll save that for Goodreads.com when I finish it.  But for now as Chicago's pandemic of Black on Black Rage/Black on Black Violence, finally winds down for the season, only because of the rapidly fading summer,  I’m focusing on the love, also because I missed it during my first introduction to James years ago. I know at that time I wasn't ready, because I only wanted to see the enemy made visible.

All the Black characters in this novel, both women and men, are deeply masculine in their response to what was at that time, in the 1960, Black people full submergence in the swamp of white supremacy.

What's fascinatingly is, while the Black women are one dimensional in this roll,  The men are overly sensitive and almost feminine.  The main character is the narrator’s brother, Arthur, who is a musician. But not the stereo typical Black jazz or blues musician, but the lead singer of a gospel quartet named "The Trumpets of Zion".  The members  of the group are all from hard-scrabble Harlem, which makes it somewhat easier to see why they're "of" the Black church as singers, but not in it as members.  So they have street names, like Crunch and Peanut, but they wear their pain and suffering on their sleeve and as opposed to hiding it in a bottle wrapped in a brown paper bag, in a needle, or in violence.

And while they don’t always vocalize their pain, each member is on the look out for the signs of pain in the eyes and voices of the other members.  And through singing they broadcast the primordial screams and cries of those Africans locked in the hauls of slave ships on the middle passage, and in transition to becoming the “Black race" on the plantations, losing husbands, wives, children, sisters and brothers, limbs, the whips and chains, etc.  In fact at the beginning of the novel, Arthur and the Trumpets of Zion are singing in a church. Now gospel songs are mostly beseeching, imploring, and begging God to intervene, for his mercy, to have pity, etc.  But this song is not about begging , this song paints a picture of midnight in the final hour before a situation that's already desperate, slides to despicably horrid.  This song aint about prayer. It’s about the faithful  believer cashing in all their chips, this is the mother on the slave ship with child, demanding,

This might sound cheesy, but James Baldwin pulls it off as a cogent response to such massive suffering, because this book goes deep with it. One of the subplots, is a fourteen year old child prodigy evangelical minister, Julia, who is not only the "meal ticket" for the whole family, but through manipulation and passive aggression runs the house and ends up basically killing her mother and like Toni Morrison's Pecola in her novel "Bluest Eye", falls victim as well.

Then there is the revelation by the novel's "strong man" Crunch, that before he even reveals it, just the inflection in his voice makes Arthur's "heart jump". Because Black males in this novel, are so connected that that they can spot those catastrophic announcements before they even arrive, such as the bomb that Crunch drops, "every time I see my Momma", he says so quietly  that Arthur's heart leaps almost in terror, "My Moma's a whore, really. I love her, but that's what she is. It's funny, I don't think I'd mind, if only she didn't mind. I don't think the other kids would mind-she's our Momma. She aint got nothing to be ashamed off. She did every thing she could for us, it aint her fault the world is like it is"

bell hooks writes authentically about Black on Black love as a scholar. But James Baldwin's characters in this novel demonstrate it in action, so boldly that I understand the total lack of it in reality and it's constant lethal and detrimental consequences to us as a race and America as a nation. I also understanding the subconscious yearning for this connection in Black men, trapped in masculinity. Now, finally I understand the reason why a lot of Black men and boys ( including myself) born and raised in those "hard places and spaces", no matter if we've left or are still there, nod to each other when we pass each other in the street.

"My Dungeon Shook And My Chains Fell off"

Posted by Invisible Man at 7:51 PM No comments: